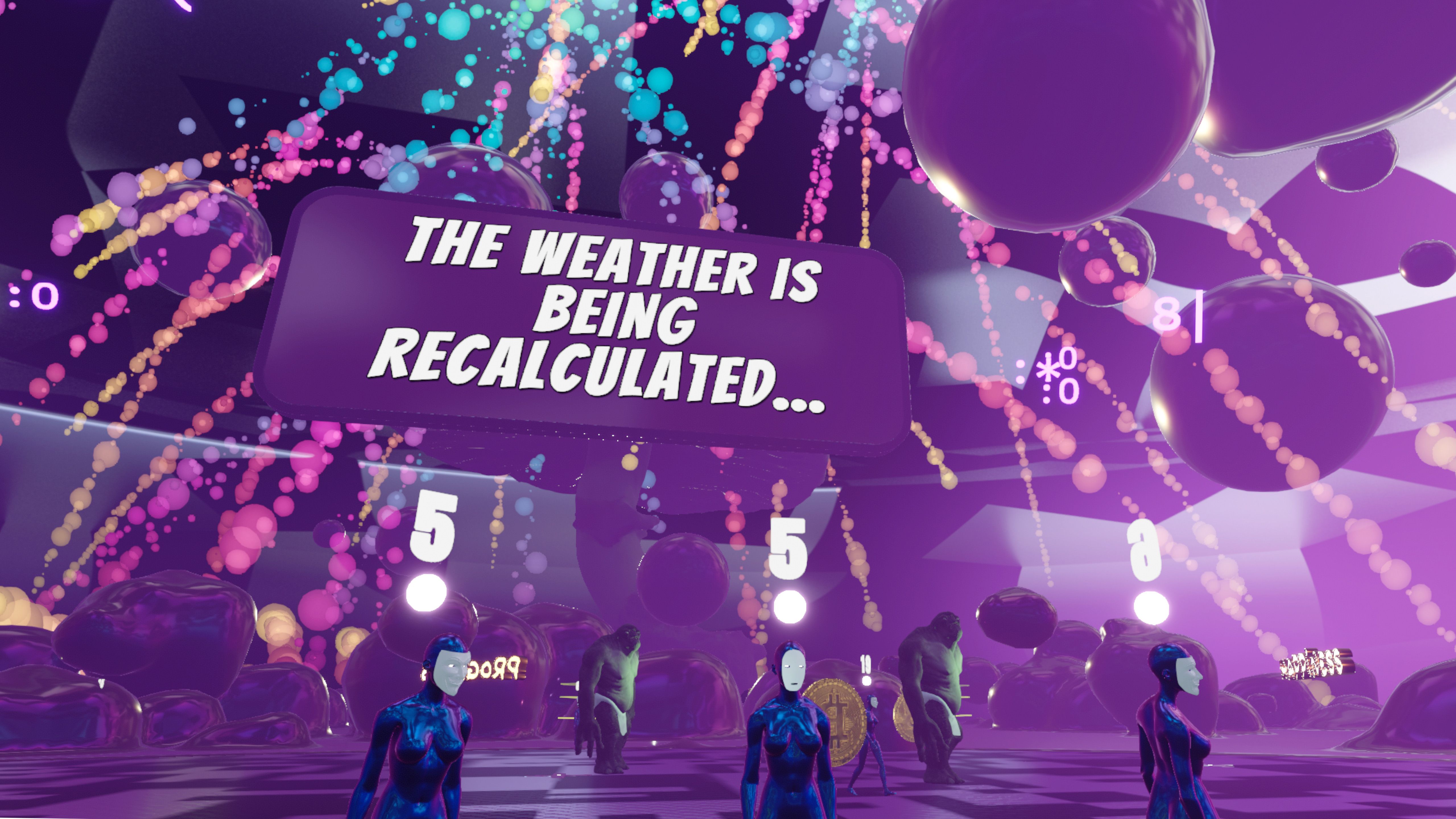 From 22 April to 8 June 2022, the first interdisciplinary biennial around the topic of artificial intelligence will take place in Essen. The biennial brings together scientific, economic and cultural perspectives of AI to stimulate a differentiated discussion on the topic. At different locations in the city, each programme item deals in its own way with the question of what it means to be human at a time when our lived realities are increasingly interwoven with neural networks.

In the city centre, AI can be experienced by everyone, whether as an art installation on a building at Kennedyplatz, as a hands-on station or through AI-made sounds in the pedestrian zone. The Lichtburg will show selected films dealing with the topic of AI as part of a film festival. There will be readings with Correctiv and the young author Marie Graßhoff. At the Hochschule der Bildenden Künste there will be lectures and projects on the subject of AI, the Digital Campus Zollverein will also integrate its 120-hour week on artificial intelligence into the biennial. Additionally Zollverein will once again become the location for high-profile business events. Among other things, the economic newspaper Handelsblatt as media partner will host its annual AI Summit there and will attract international experts to Essen with its own biennial event as part of the 120-hour week. 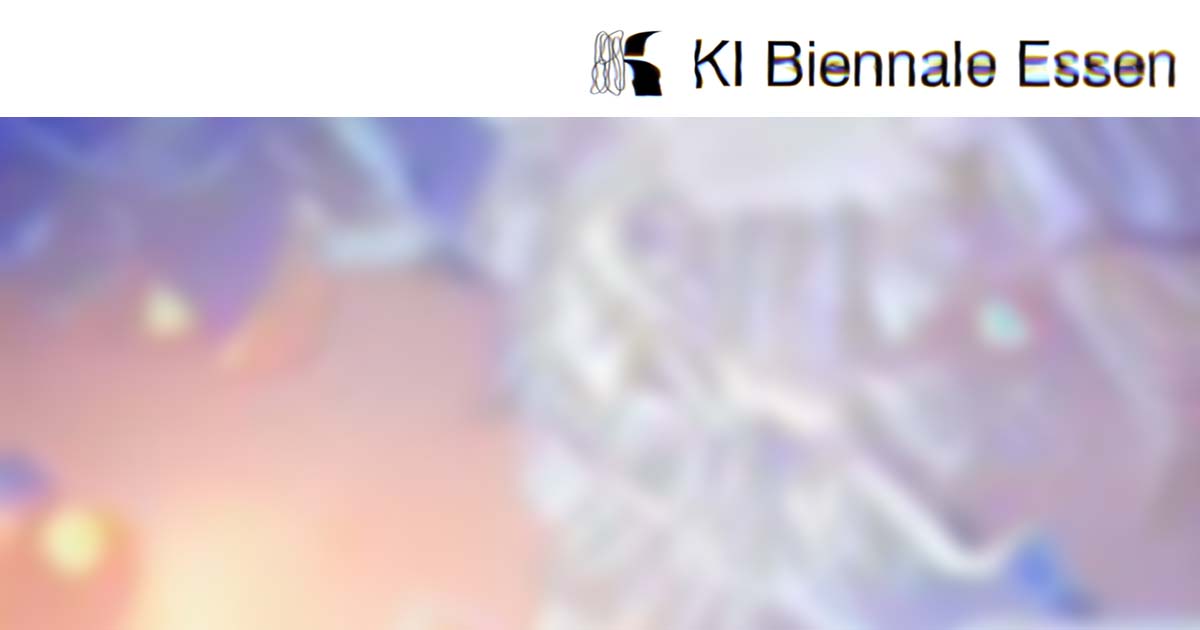 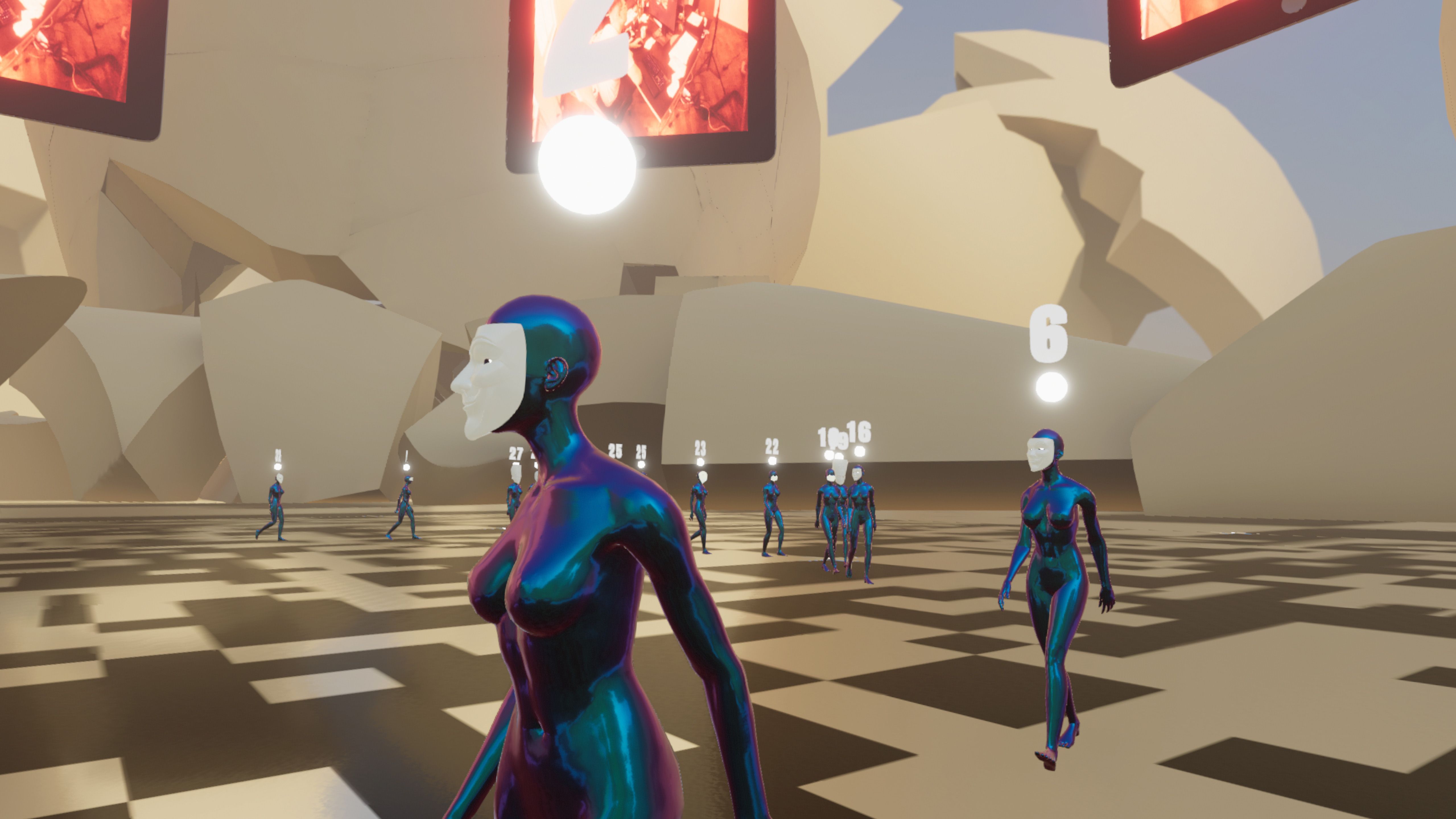 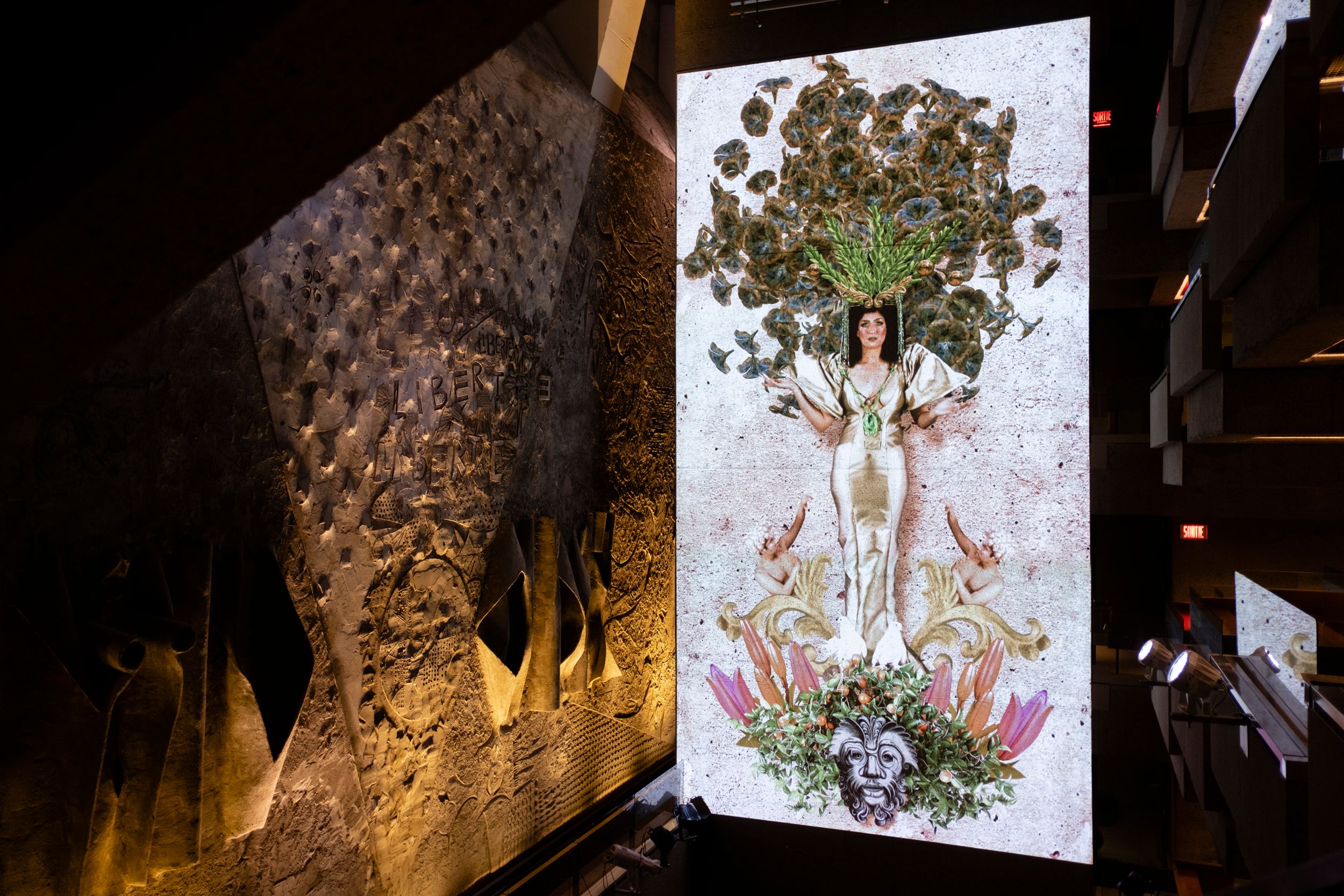 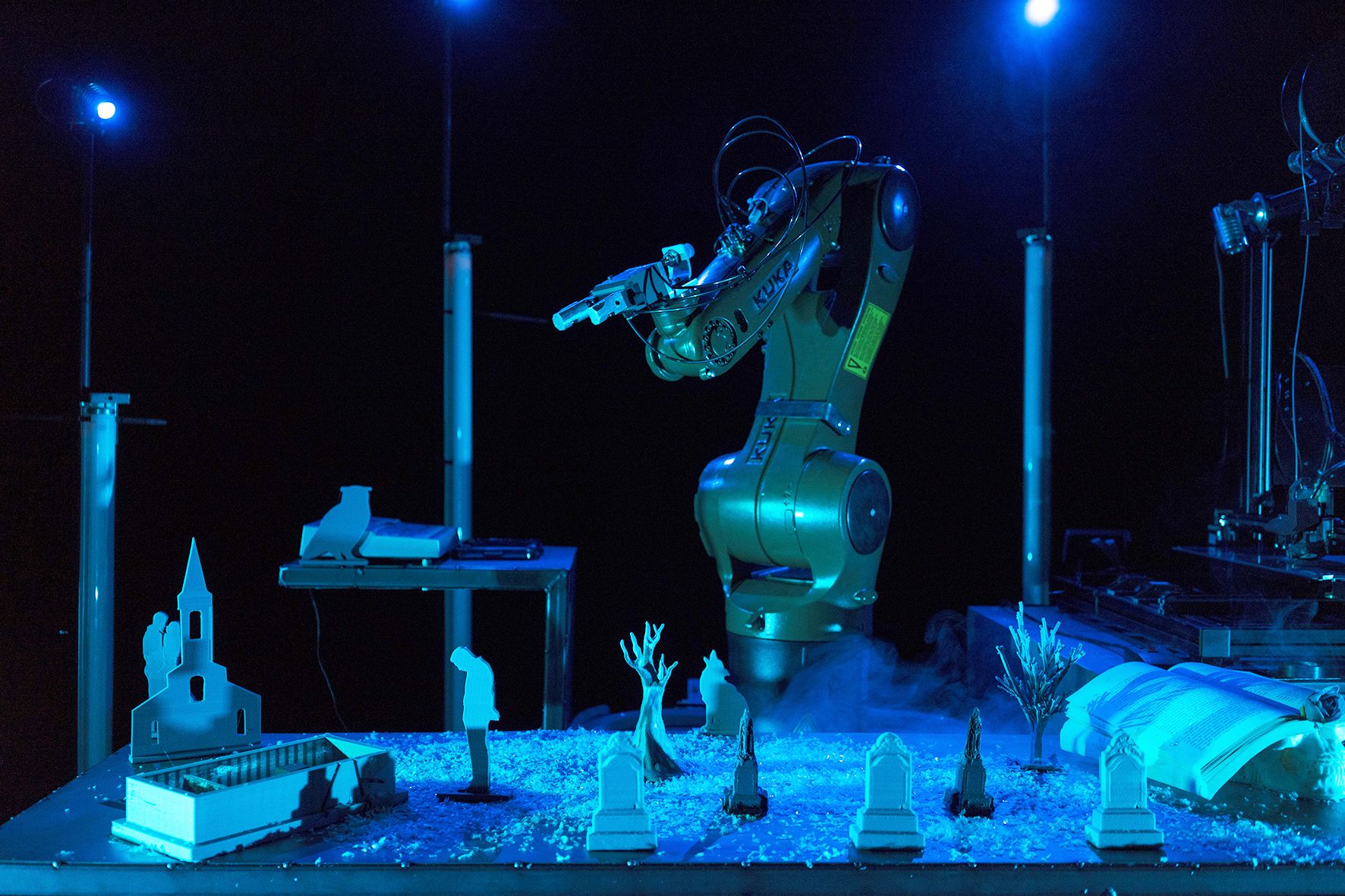 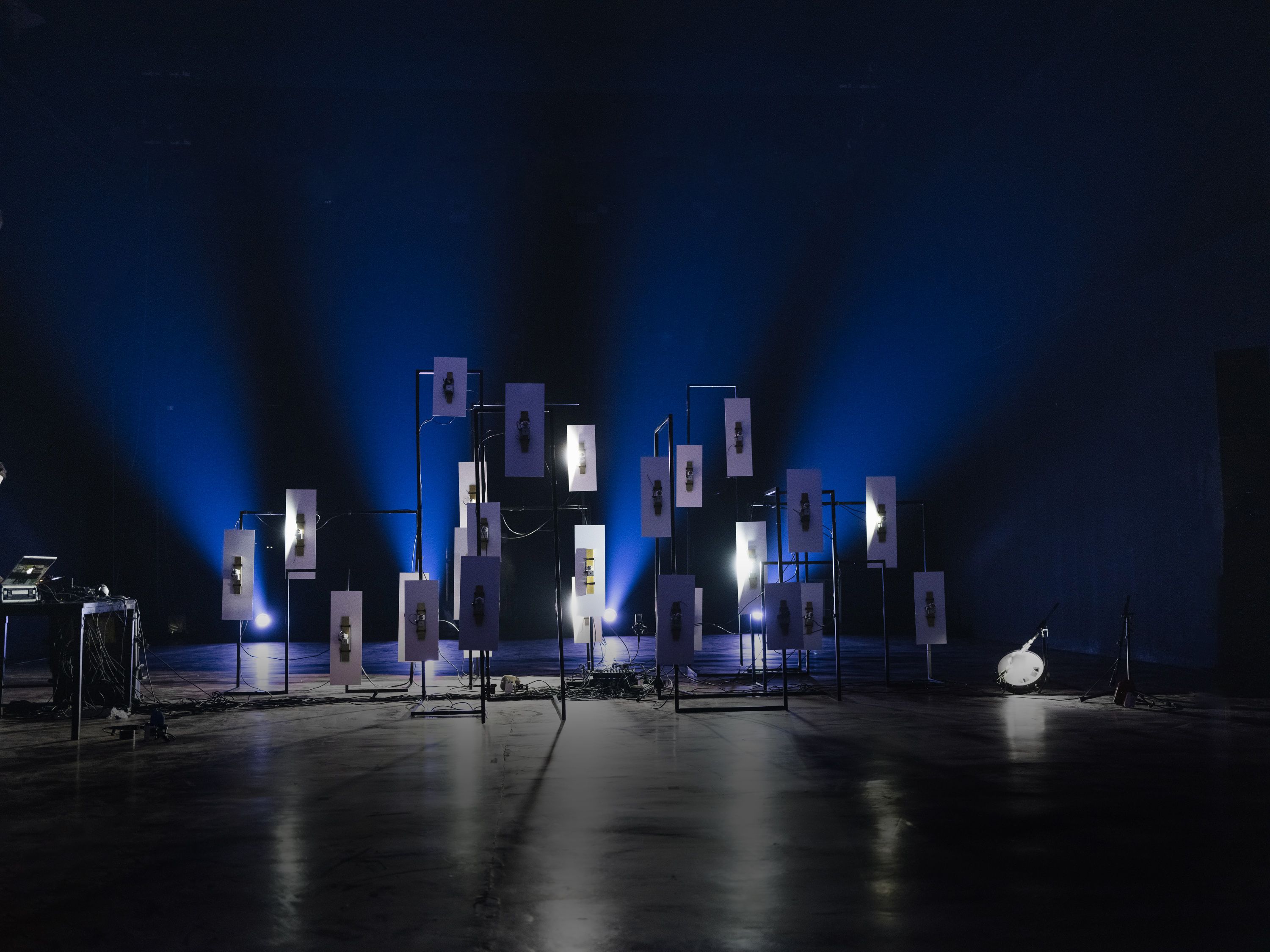 The festival pursues the goal of making artificial intelligence a sensual experience on all levels, for example with its logo, which was designed by the "designer" Nikolay Ironov. For over a year, this designer was passed off by an agency as a particularly creative employee. Then it turned out that the alleged employee was merely an AI software that, fed with images and keywords, was able to develop logos on its own.

"The topic of artificial intelligence is multifaceted and is already being used in some areas in Essen. We therefore want to focus on this future topic within the framework of an AI biennial. In other words, we want to present the already existing qualities to a larger, interested public and at the same time network actors with each other and make them visible. And of course we also hope that the biennial will provide important impulses for our economic development, for cultural diversity and for our scientific excellence," says Thomas Kufen, Lord Mayor of the City of Essen about the festival.

The biennial is aimed at a broad audience, which is why programme items have been created for all age groups and areas of interest: Art installations in the city centre, conferences at Zollverein, lectures online, screenings in the film art cinemas, readings and workshops in the city library and much more. The detailed programme can be found on the KI Biennale website. To shorten the waiting time until 22 April a little, those interested can already try out entertaining AI applications themselves on the website's AI playground.

The AI Biennale is funded by the Ministry of Culture and Science of the State of North Rhine-Westphalia and is part of the "New Arts Ruhr" initiative.